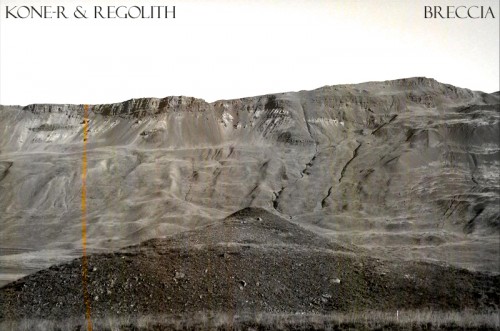 Finally available to the public! The fruits of the remix exchange between ‘London electronica mogul’ Kone-R (Russell Parsons) and ‘music of stone’ duo Regolith (Dave Graham & Graeme Ross), who made a stunning debut appearance closing out the recent ‘Idea Hoard Uncut’ compilation on Uncharted Audio. Returning to the fold for this digital exclusive, they offered up ‘Gingtain’ for a subtle reworking on the proviso that they could perform a sonic avalanche on Kone-R’s ‘When I Was Ten’, which is no longer ten, but twenty-five… minutes, that is.

The sound of worlds colliding.