Ukkonen – The Isolated Rhythms Of… 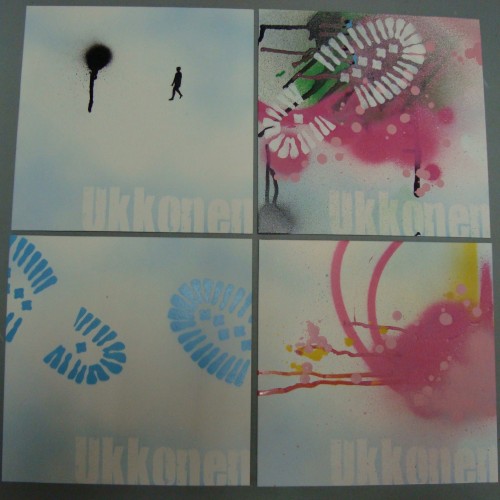 His credentials are clear, even if his origins aren’t – apparently a background steeped in classical composition in a remote area of Finland and ‘pretty much zero interest in dance music’ somehow led to the production of his ‘Erriapo’ and ‘Spatia’ 12”’s , which were charted and supported by the likes of Agoria, Ame, Colin Dale, Norman Nodge (Berghain/Ostgut Ton), Terry Mitchell and Vince Watson – and left critics comparing his unique non-linear grooves to the likes of Gas, The Sight Below, Mark E, Aphex Twin, Brian Eno, Carl Craig, Mika Vainio and Isolee. Invited to remix electronica man-of-the-moment Patten by his label, heads were further turned by a pair of mixes delivered for No Pain In Pop and Underlying Form. These were not your average ‘DJ sets’ – instead he set about ‘Ukkonising’ a selection of classic Detroit techno tracks, re-editing them into his trademark off-kilter time signatures whilst somehow retaining all the original soul and groove.

Structured into five distinct suites featuring ever-morphing motifs, the album pays no regard to the standard conventions of techno and house music – yet ultimately this is what Ukkonen creates. Sometimes it takes an outsider to become a pioneer – to create something utterly unique and absolutely refreshing. Packaged in individually hand-painted sleeves in a strictly limited edition of 300 double 12” packs, attention to detail is the watchword throughout.

The man himself says: “It is a cliche to describe an album as being a journey, but in this instance I don’t mean it in a spiritual sense. This album represents physically travelling.”

Relieve yourself of all preconceptions – with ‘post-techno’ seemingly the buzzword of 2012, it already has its champion.

More praise for Ukkonen:
“Masterfully deep house music” Bleep
“Stylish and understated” Trebuchet
“A cushioned and indistinct microcosm” Connexion Bizarre
“Excellent… wonderful… highly recommended” Norman
“Quite unlike anything you can really place your finger on” Boomkat
“Hypnotism and polyrhythm to delight the most discerning ears” DJ Mag