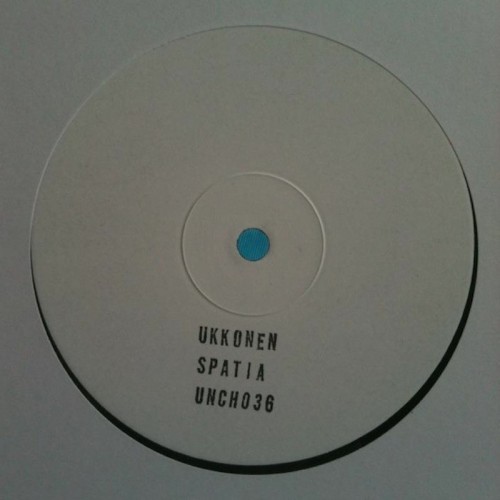 The mysterious Arctic producer known only as Ukkonen, returns to vinyl with a brand new five track EP as a warm-up for his forthcoming double album on Uncharted Audio.

Following last years ‘Erriapo’ 12”, which was charted by the likes of Agoria and left critics comparing his unique non-linear grooves to the likes of Gas, The Sight Below, Mark E, Aphex Twin, Brian Eno, Carl Craig, Mika Vainio and Isolee, here are five more masterpieces from his repertoire. Already being courted by other labels (with a compilation appearance mooted for No Pain In Pop after they invited him to remix man-of-the-moment Patten), and turning heads with his jaw-dropping ‘reimaginings’ of classic Detroit techno (completely removed from its 4/4 context) for the likes of Underlying Form, this reclusive producer is the only one to watch this year.

The man himself says of the EP, simply: “it’s about spaces – spaces in the mixing, spaces between notes and creating imaginary spaces that work against each other in unusual ways.”

Relieve yourself of all preconceptions – with ‘post-techno’ seemingly the buzzword of the New Year, it already has its champion.

Praise for Ukkonen:
“Hypnotism and polyrhythm for the most discerning ears” DJ mag
“Masterfully deep house music” Bleep
“Stylish and understated” Trebuchet
“A cushioned and indistinct microcosm” Connexion Bizarre
“Excellent… wonderful… highly recommended” Norman
“Quite unlike anything you can really place your finger on” Boomkat